Why I Write: Jennifer’s Bio (My Long Bio)

“Fasting would surely come into fashion again at some future date, yet that was no comfort for those living in the present. What, then, was the hunger artist to do?”
– Franz Kafka, “A Hunger Artist”
“In all her life she had never been afflicted by ill temper and she looked upon it now as a demon which, along with hunger, was taking possession of her soul.”
– Andre Dubus, “The Fat Girl”

__________________________
Writing is pretty much like breathing: I would shrivel up and die if I couldn’t write.
I don’t make my living as a writer – I probably never will, but that’s okay.
On Amazon, I have self-published – no longer such a dirty term – a memoir, short story collection, and play.
In addition, I have published several short stories, essays, and articles in juried publications, including three academic articles, one of them appearing in a major publication.


However, academic writing, a means to an end, has never defined me. 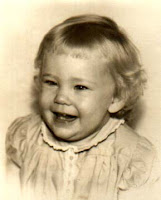 I was born in October 1950, to Mary Lou and Robert B.; my legal birthday is two days before my real birthday. I’ll return to this annoying discrepancy later.
I had to look up my father’s middle initial because I never knew him very well – I last saw him when I was 14. He bought me the Beatles Second Album and then forever disappeared from my life. He died a few years ago, but I don’t know exactly when. I heard, through the family grapevine, that he had Alzheimer’s.
I hope I haven’t inherited that gene from him, but I’m not taking any chances; I have lit the proverbial match under my own rear end and revved up my writing career, just in case.
For the first few years of my life, I lived in Yuma, Arizona, and Los Angeles, California, with my mother and various fathers and boyfriends. My mother, an alcoholic, worked as a stripper under her professional name of Jan Durrell; she worked in some of the same clubs frequented by Lenny and Honey Bruce.


So much for my indirect brush with fame. 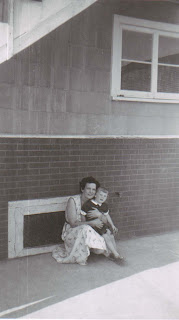 Mother posed for cheesy pulp fiction covers, for example, a notable literary masterpiece: Devils Dance in Me (1963), by Lee Shepard. Caption on the cover, next to Mom’s picture: “Her body ruled her brain. She lived in a town where female flesh was willing, waiting – and dirt cheap.”
Mother died in 1979; officially, her liver gave out, but I suspect she committed slow suicide with a beer bottle in one hand and a cigarette in the other.
In 1957, when I was six, my baby sister and I were run over by a truck. Neither of us was hurt, but that incident started a chain of events that changed my life forever.
Olive and Harley Semple, my grandparents, got wind of the near tragedy, and drove out to L.A. to rescue us.
Instead, they found themselves embroiled in a huge custody battle, lasting nearly six months, tussling with my mother and the state of California.
My father was nowhere to be found.


An old, old story of yet another dysfunctional family, but at a time when “dysfunctional” wasn’t yet a buzzword, and when fractured families were only whispered about behind closed doors. 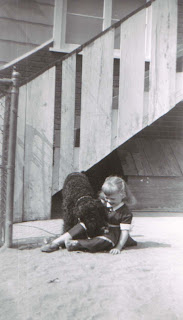 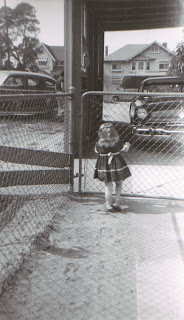 My grandmother showed her penchant for snapping backside pictures. Fortunately, I was little and cute back then.

These last two photographs seem to define, in some odd way, the markers of my life. Bad luck and awkward timing seem to follow me, but, somehow, I seem to escape adversity and ascend above it.

About Jennifer (My Short Bio)

Why I Write (My Long Bio)

About the Above Articles and Resources

The author, a retired creative writing professor, offers some resources/articles for other writers and creative writing instructors. Feel free to use them in your classrooms and for your writing groups and assessing your own writing. However, these articles, prompts, and assessment lists may not be republished without permission.