My Name is (Also) Jeffer 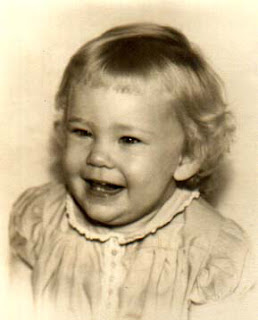 Growing up, I had a toddler cousin who could not pronounce “Jennifer.”

My given name is a mouthful for little ones, so I’m not surprised that I spent my childhood listening to tangled versions of my moniker. Nor did it seem odd, and it still doesn’t.

My cousin called me “Jeffer,” and the name stuck, at least with my Sioux City relatives.

Often, “Jeffer” was shortened to “Jeff,” most decidedly a boy’s name, but, happily, my relatives mostly stuck with “Jeffer.”

While slightly masculine, Jeffer is nebulous enough to slide into feminine territory.

Still, I was careful to not allow my nickname to carry over to school – I had enough teasing as a chunky child to bear yet again another schoolhouse burden, so I was Jennifer or Jenny at school, never Jeffer. I did tell my best friend, and, thankfully, she honored my wish to keep the name in my family and out of the schoolyard. She even refrained from calling me Jeffer, at least I don’t remember her calling me by that name.

When I moved to L.A. after high school graduation, I decided that I wanted to be known as Jeff, so all my L.A. friends called me Jeff or Jeffer. Somehow, it seemed cool to bear a boy’s name as my own.

I was a teenager, after all.

Then I met my future first husband, whose name is, you guessed it, Jeff. When we became an item, we thought it was cool being Jeff and Jeff.

When I moved to Pennsylvania, though, and lived with Jeff, we both realized it would be confusing to be answering to the same name.

One of us had to give it up, and it wasn’t going to be my boyfriend (Can I blame him? He had the name first), so I went back to Jennifer, and Jennifer I, happily, remain.

The upshot: no one from outside of Sioux City calls me Jeff or Jeffer. I wouldn’t even think of answering to either name in Pennsylvania – my head wouldn’t even turn at the sound of it, unless I were talking on the phone with a Sioux City relative.

But when I cross the border to Iowa, Jeffer, sometimes shortened to Jeff, becomes my name again, just like my midwestern accent returns in full force.

“Hey, Jeffer, could you grab that bottle of whisky out of the garage?”

“Sure thing.” Not a pause, no hesitation.

But if Jerry, my current husband, called me Jeffer, I’d look at him askance and with suspicion because he does not own the right to use that name. He often calls me Jen, but no one in Iowa has ever called me by that diminutive. Jen or Jennifer would sound odd, almost insulting, coming from their lips.

Conversely, if Jerry calls me by my full first name, he either has something important to discuss or he’s angry about something. In either case, I listen.

A Macedonian friend, who speaks several languages, once told me that when she crosses the border into Croatia, her native country, she begins to think in Croatian, although she has lived in Macedonia for nearly 50 years and speaks fluent Macedonian. She refers to this phenomenon as “code-shifting,” which can be defined as “a normal linguistic function for people who speak multiple languages, or multiple dialects, regionalisms and jargons. Many ethnic writers use code-switching in their work, especially in fiction.” (Study.com)

So, in a sense, I am code shifting when I approach Sioux City: my accent twangs and I begin responding to my nicknames.

Here’s a monkey wrench in my history of nomenclature:

When I was a toddler, my great aunt wanted my mother to rename me “Candy”; for a year or two, I was called Candy by Auntie and my mother, and I evidently answered to the name.

Fortunately, I have no memory of this travesty.

Now, I have nothing inherently against “Candy” as a girl’s name – for someone else. Bestowing upon a fat child a name associated with food and sugar, on its own merit, would not have been a good idea.

I was screwed up enough without that burden.

Add to that: at the time, I bore the last name of my sperm donor: Carson.

My mother did come very close to changing my name legally, but then she thought better of it.

Back to birth name Jennifer and Jeffer, a nickname I never have to add to a résumé but can still enjoy as part of my family history.

I cringe when parents give their children outlier names. They may sound cute when the child is a baby – for example, Tiffy as a birth name – but the adult Tiffy will live with the repercussions of a babyish name, both personally and professionally. Better to name her “Tiffany,” and nickname her Tiffy when she’s a toddler.

Please, parents-to-be: give your baby a name that will age well and won’t be so odd or even stigmatizing as to cause life-long problems for your little one.

I end this minor essay with an acrostic in honor of my birth name, and, perhaps, some of my own embedded characteristics:

North Pole or even to the other side of

Neptune and back to Earth, circling both Poles.

Is it too difficult to carve out the adieu I crave

For my tombstone? No bromides, just a desire

Etched in granite, “Here Lies Jennifer, May She

Remain in an Eternal State of Flux.”

About Jennifer (My Short Bio)

Why I Write (My Long Bio)

About the Above Articles and Resources

The author, a retired creative writing professor, offers some resources/articles for other writers and creative writing instructors. Feel free to use them in your classrooms and for your writing groups and assessing your own writing. However, these articles, prompts, and assessment lists may not be republished without permission.